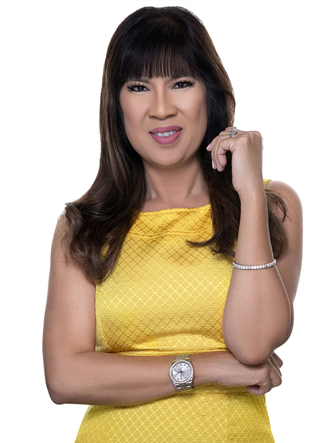 Shirley Luu is an Award-winning financial advisor, hands-on trainer, author, national speaker on financial literacy, and renown wealth guru. Her 25 years of expertise in the financial services field sets her apart as one of the industry’s most notable connoisseurs.

Serving as an Executive Field Chairman for First Financial Security, Shirley Luu has dedicated over 14 years to informing, educating, and empowering individuals and small and large business owners on the most powerful mediums for lifetime income and retirement. With the new branding “Shirley Luu & Associates, LLC.”, Shirley and her team of licensed professionals continue to master the nuances of configuring the best financial and insurance products to serve her clients’ specific financial security needs.

Her personal journey, as a widowed mother of three, has allowed her to recognize the unique challenges that exist for women, front and center. She actively empowers women across the globe to “know their money” through various educational and enrichment programs, including the LiSA Initiative.

Shirley Luu sits on the Advisory Board of the Tysons Regional Chamber of Commerce, is a proud sponsor and speaker for the Towson University, Maryland University, George Mason University Entrepreneurs and Finance Club… and many more. She is currently preparing new initiatives with Microsoft to integrate technology and finance.

Amid Shirley’s profusion of recognition, many of her awards and achievements highlight her support for countless nonprofit and philanthropic causes. Other programs include but are not limited to championing on Guaranteed Lifetime Income, Financial Literacy, and Smart Retirement featured in Forbes 2016 Magazine; Monthly Syndication on Sirius XM Satellite Radio in all 50 states; Host and Co-producer of the Cable Television Series The Real Secrets of Money; and Financial Literacy Speaker on Dish Network in the U.S. and Canada. She was also interviewed on ABC channel 7 news “Good Morning Washington” in 2019 and on New Year day of 2020.